What is gene therapy? 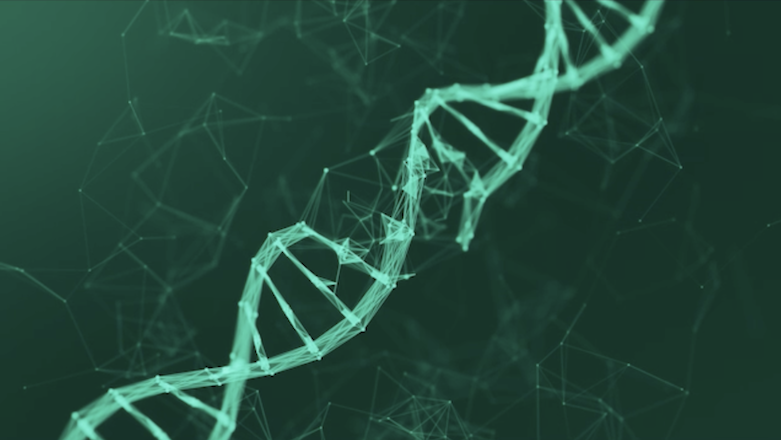 What is gene therapy?

Gene therapy is an umbrella term for a method of treating genetic disorders at the source by correcting mutations in an individual’s genome, which is the complete set of genetic information in an organism. Rather than using a small molecule or surgery based-approach to treating diseases, gene therapy uses a variety of methods, including introducing new genes, turning genes on and off, or removing faulty DNA.

How is gene therapy used and how is CRD using it?

Each gene in an organism codes for a specific protein. Proteins have a multitude of functions, including transport, communication, and acting as enzymes. If there is a mutation in a gene, these proteins will not be able to function properly, which can cause genetic disorders. Gene transfer can be used to introduce a version of the gene that works properly so that the cell can produce the desired protein. Another option is to introduce different genes that code for proteins that allow the cells to function. Genome editing tools such as CRISPR-Cas9 are new innovations to treat genetic disorders not by introducing new genetic material, but by editing the DNA that is already in the cells.

Cure Rare Disease, and our academic and industry collaborators, is developing a battery of therapeutics to treat a variety of neuromuscular diseases, leveraging these gene editing, replacement and antisense oligonucleotide (ASO) technologies.

For diseases whose mutated genes are too large to fit inside the packaging limitations of AAV (adeno-associated virus), such as with DMD, a CRISPR approach is used to deliver the machinery to correct the DNA harboring the genetic mutation. These therapeutics are generally restricted to a certain subset of mutations given the use of guide RNA which direct the CRISPR system to the appropriate location in the patient’s genome.

For diseases where full gene replacement is feasible, in light of AAV packaging limitations, the entire gene is delivered with the intention of restoring function. Along with the gene, another notable component is the muscle promoter which switches the therapeutic “on” when it encounters the correct tissue type (ie: muscle). This helps to reduce safety concerns of activating protein production in an “off target” or unintended tissue type.

Lastly, ASOs are a technology that can help “skip” a mutation on a gene to allow for the production of a protein, albeit, a shorter protein than is innate to the patient. By skipping the mutated part of the gene, the idea is that the shorter length protein will be sufficient to support the intended function of the protein. ASOs appear to be well-suited to treat neurodegenerative conditions where localized delivery is needed.

What are the different types of gene therapy products?

Vectors are used to deliver genetic material to cells. Viruses that have been altered so they cannot cause diseases can be used as vectors. The adeno-associated virus (AAV) is commonly used as a vector for delivery today. Its genome consists of single-stranded DNA. To replicate, it must infect a cell with another virus like the adenovirus. For the purposes of gene therapy, researchers work with recombinant AAV, which doesn’t have viral DNA. Lentivirus has also been used in the clinic, and its genome consists of RNA. Again, researchers modify the virus so that it is incapable of causing infection in the patient. Alternatively, nanoparticles are extremely small materials that can act as vectors. Lipid nanoparticles are efficient at targeting the liver.

Scientists are currently finding more non-viral based approaches to gene therapy in order to minimize risks for patients as much as possible. In some patients, even though the virus has been altered to not cause disease, it can still trigger a severe immune reaction. Additionally, a phenomenon called insertional mutagenesis can occur with viral vectors: the addition of DNA can sometimes interfere with the tumor suppressor gene, which leads to cancer. Re-dosing currently poses an issue as well. Many people naturally have neutralizing antibodies (NAbs) against viruses like AAV, which makes it difficult to treat those patients. Patients who have previously been treated with AAV consequently have immunity against the AAV which raises challenges of giving those patients additional doses of the therapeutic due to the likelihood of immune responses.

Nanoparticles and other non-viral vectors are much less likely to trigger immune responses. Historically, they have been less effective than their viral counterparts, but progress is currently being made on that end. One risk of using non-biodegradable vectors is that the accumulation of the material in the cells over time could eventually cause cytotoxicity. Overall, though, they still carry a lower risk of immunogenicity. Plasmid DNA can be utilized in gene therapy as well. A plasmid is a circular piece of DNA most commonly found in bacteria. The limitation of this method, however, is that it has very low efficiency due to the fact that it has trouble passing through membranes within cells.

As briefly discussed above, there is also the issue of packaging when it comes to larger genes. The dystrophin gene, for example, is one of the largest known human genes. Mutations in this gene are what cause Duchenne muscular dystrophy (and Becker’s muscular dystrophy). Due to the large size of the gene, the methods of delivering a full-length gene are not practical, so new approaches like CRISPR are being used to tackle this problem with the goal of restoring full-length dystrophin. Currently, clinical trials are underway which utilize a mini dystrophin.

The first FDA-approved gene therapy is called Luxturna. It is for people with a retinal disease caused by mutations in both copies of the RPE65 gene. Having this mutation can lead to total blindness. The therapeutic is administered via an injection below the retinas. Zolgensma is the second viral-based therapeutic to be approved in the United States. It treats spinal muscular atrophy (SMA), a progressive muscle-wasting disease caused by a mutation in the SMN1 gene.

The future of gene therapy

Gene therapy appears to be the key to treating and finding cures to genetic disorders. As scientists continue to work to improve safety and efficacy for these therapeutics, we will hopefully develop treatments in the near future. This is especially encouraging news for people with rare and ultra-rare diseases that have no cures. Cure Rare Disease, in collaboration with many different institutions, is researching a variety of rare diseases with the goal of making life-saving treatments available to patients. A major hurdle that remains to be overcome, now, is cost. Luxturna, for instance, costs $850,000 and Zolgensma costs $2.1 million. Because of the rarity of these diseases, they are not profitable for large pharmaceutical companies. The question remains of how people with rare genetic diseases that aren’t commercializable will obtain access to these extremely expensive treatments.