The Journey to Caffrey's Diagnosis 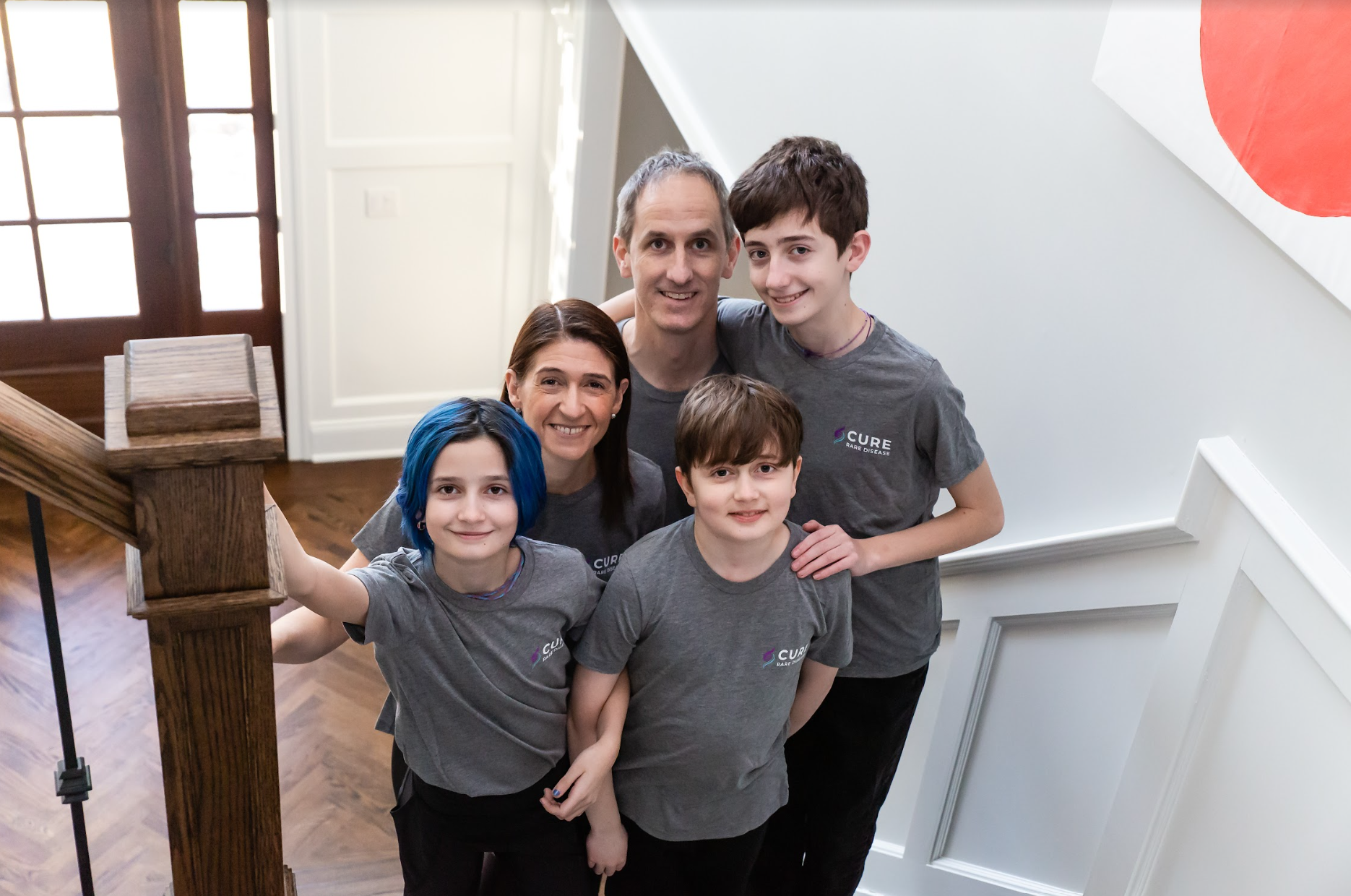 It was May of 2020. What started off as a virus we were observing from the US wreak havoc first in Asia, then Europe, was now firmly taking hold locally. The two-week home school period, turned into two months and families were thrown into the impossible transition of figuring out how to work from our living rooms and support our kids’ education through endless Zoom meetings and classes. Life as we knew it was on hold…seemingly endlessly…and many were crippled with fear of the toll COVID-19 could have on us and the world we live in. But something was about to disrupt our lives in a far more meaningful and personal and terrifying way than any global pandemic ever could.

During lockdown in May 2020, Caffrey turned 10 years old. We were preparing for his birthday by cooking a strawberry shortcake – an activity that would also double as a school assignment where Caffrey was tasked with learning something new. We knew this day was coming, but that doesn’t stop the secret hopes we hold inside that some miracle would happen, and our worst fears would turn out to be nothing at all. At this point in time, Caffrey already had a highly elevated CK level, and the neurologists suspected some form of muscular dystrophy.

10 is very late for a Duchenne muscular dystrophy diagnosis but if we backtrack nearly a decade, we knew something was off. At about 6 months old, Caffrey was diagnosed with hypotonia, or low muscle tone, which came as a result of him starting to miss some gross motor milestones such as rolling over and sitting up independently. We were referred to a neurologist to ensure nothing more serious was going on. He did a head MRI which came back normal and were told to carry on with our lives. Caffrey would reach these milestones in his own time and eventually catch up with his peers. We made sure that he had regular occupational and physical therapy support to help him along the way and were perfectly comfortable knowing that Caffrey would never become a professional athlete. There were plenty of other avenues for him to have a fulfilling life.

Life pretty much progressed as planned. Caffrey walked at about 19 months old, did Little League and Peewee Soccer. Sure, maybe he spent most of his time watching planes and picking grass, but he participated and had fun. When Caffrey was 8, we had the opportunity to move to Stockholm, Sweden. It was an adventure for our family to experience living in a foreign culture and traveling around Europe during the many holidays. We lived about a mile from the school the kids attended and Caffrey walked to and back daily. He also practiced riding his bike in front of our apartment, a skill he never really caught on to and fought against learning. It was during this time that we started to notice that Caffrey was no longer catching up to his peers physically. While they grew stronger and excelled physically, Caffrey tired easily and lacked endurance to maintain the pace of a typical tween and family of 5 exploring the world. It was frustrating, but we adapted, and started to have a worrisome thought in the back of our minds.

When it came time for us to move back to the US in December 2019, Caffrey’s Physical Education teacher encouraged us to seek the attention of a specialist when we returned home. She was struck by Caffrey’s different physical abilities, especially the way he got himself off the floor, a maneuver we’ve subsequently learned is called Gower’s but something we just assumed he figured out to accommodate his body’s unique needs.

Arriving back in the US just as things were starting to shut down due to COVID, made getting medical appointments very challenging and only one guardian could accompany him. It did not take long once we were in the system to know we were heading down a difficult path. The neurologist took one look at Caffrey and knew – the enlarged calves, the Gower’s maneuver, the falls, the ADHD – all telltale signs for muscular dystrophy. They just didn’t know which kind. I was waiting in the car listening to the doctor on the phone give her expected diagnosis with my husband and Caffrey inside. It was hard to hear. Incredibly hard. She sent for bloodwork and then we waited.

A couple of months later, in May 2020, it was Caffrey’s 10th birthday when the news officially broke. Caffrey’s CK was 22,000 – far higher than the upper limit of normal – and his genetic test confirmed a single point mutation in exon 32 of the dystrophin gene. It was Duchenne and the floor just fell out from under us. We slipped into a black hole. And we grieved. Hard.

A few weeks later, we finally mustered the courage to share the news with Caffrey. This was one of the toughest things we ever had to do as parents. We wanted to be factual, finally give a name and an explanation for the symptoms we all knew made him physically different from his peers and siblings, yet not scare him about the future. When he burst into tears and asked if he was going to die, we had to will ourselves to stay strong for him and then released the floods during those quiet moments alone.

We were in the black hole for months, digging deeper with the news that there were essentially no effective treatments for his mutation – just a polypharmacy of medications to delay the progression of his disease as much as possible and then more meds to manage the adverse effects from those. Even worse, Caffrey was already too old for any of the promising clinical trials. There was seemingly nothing we could do.

Caffrey adapted to his new routine like a champ. We also chose to stay focused on the present rather than project out to a future that felt uncontrollable. That helped us escape from the black hole and allowed us to start taking steps in a more productive direction. Instead of just succumbing to a catastrophic diagnosis and accepting what may come, we’re choosing to do our best to alter the natural course of this disease and work toward a potential life-saving treatment for Caffrey. This is why we’re partnering with Cure Rare Disease, funding research and accelerating innovations for Duchenne and other rare conditions. The journey may not be clear, but it’s filled with optimism and gratitude, and we’ll take that every day we can.