Overcoming Obstacles: Building a Successful Career in an Inaccessible World 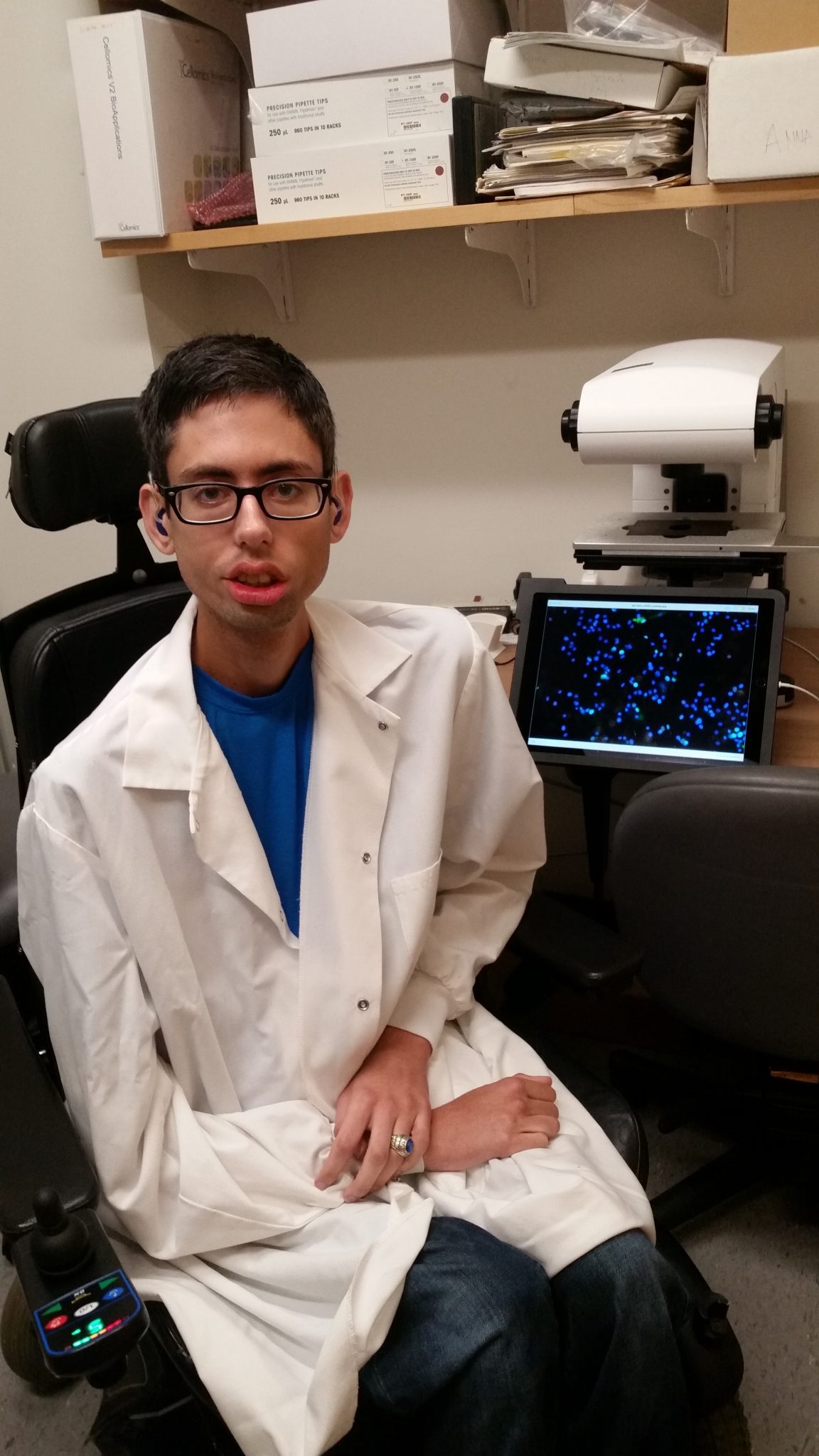 “Do not expect much from him.”  These are the words a neurologist told my parents when I was diagnosed at four-years old with a rare neuromuscular disease.  The doctor did not intend them as malicious, but instead was arming my parents with the knowledge that the world is not designed for those with physical disabilities to succeed. I was not the first rare disease patient to have this judgement placed upon me and will definitely not be the last.  However, as a scientist researching the treatment for my own disease, I can say that I did not let those words decide my future; and I hope that many others can do the same.

My name is Justin Cohen, and I was born with Facioscapulohumeral muscular dystrophy (FSHD), a rare and progressive neuromuscular disorder with a wide range of severity. Unfortunately, my early onset diagnoses meant that my symptoms are more severe than most. By middle school, I was unable to walk without crutches and by high school, I was wheelchair-bound. It was at this point that many people assumed I would give up, rather than try to overcome the barriers that became greater with each passing year. However, everyone faces challenges, so I did my best to acquire the resources needed to maintain academic and extracurricular success. It turned out that in many cases, the solutions were often simple. When it became difficult to carry my overstuffed backpack, I had someone walk with me between classes to carry my bag. When my wheelchair was unable to navigate crowded hallways while still making it to class on time, I was permitted to leave the previous class early. When band class marched in parades or put on field shows, I switched to a manual wheelchair so I could be pushed while playing my instruments. Simple solutions like this allowed me to graduate high school feeling like I was not letting my disability limit what I set my mind to.

College was a more complex endeavor. While I could have enrolled somewhere close to home with all the support that entails, I wanted the full college experience and to continue being as independent as possible. Thus, when I got accepted into Tufts University, I was faced with the challenge of living away from home for the first time in my life, a challenge for many but even more difficult when living with a disability.

All colleges and universities have an accessibility office to assist those with disabilities, to acquire the accommodations that needed to succeed. Working together with the Accessibility Services played a huge role in my independence and success at school. They modified the bathroom to allow me to independently shower and toilet. I was provided with a remote control to automatically open the doors to my dormitory, cafeteria, library, etc. Classes that were in inaccessible places were all moved to accessible buildings, including large lecture classes. The paths that I would take to my classes were charted and prioritized for snow removal so that I was not stuck during New England winters. This and much more allowed me to not only attend college as someone with a disability, but thrive, graduating magna cum laude.

As my muscle weakness continued to progress, I realized that I was unwilling to sit around, waiting to waste away. I wanted to take action. Thus, I decided to acquire a PhD and pursue a career in research. Once again, there was the need to assess what was required for me to succeed. As before, I turned to the disabilities office at my institution, which can be an incredible resource for anyone in a similar position. While completing my doctorate at Drexel University, I did not have the fine motor control or strength to manipulate the laboratory equipment. However, Drexel’s disability office was able to offer me a laboratory assistant who acted as my hands while I gave step by step instructions. This allowed me to learn the techniques and perform experiments while developing the higher-level skills needed to become a scientist and graduate with my PhD in molecular biology.

I am now proud to say that because I continually sought out help, even after earning my doctorate, I am now working as a post-doctorate in the Lek laboratory at Yale, trying to identify a treatment for my own disease, FSHD. It is not easy. My endurance is not comparable to a healthy individual and I consequently wonder for how long I will be able to persevere. But, I know that I am making a difference. For all others afflicted from rare neuromuscular diseases, do not despair when facing the numerous barriers of living in an inaccessible world. No one is alone in their fight and there are resources out there to help you succeed, so long as you continue to seek them out.  As long as we do not give up, we are making a difference. 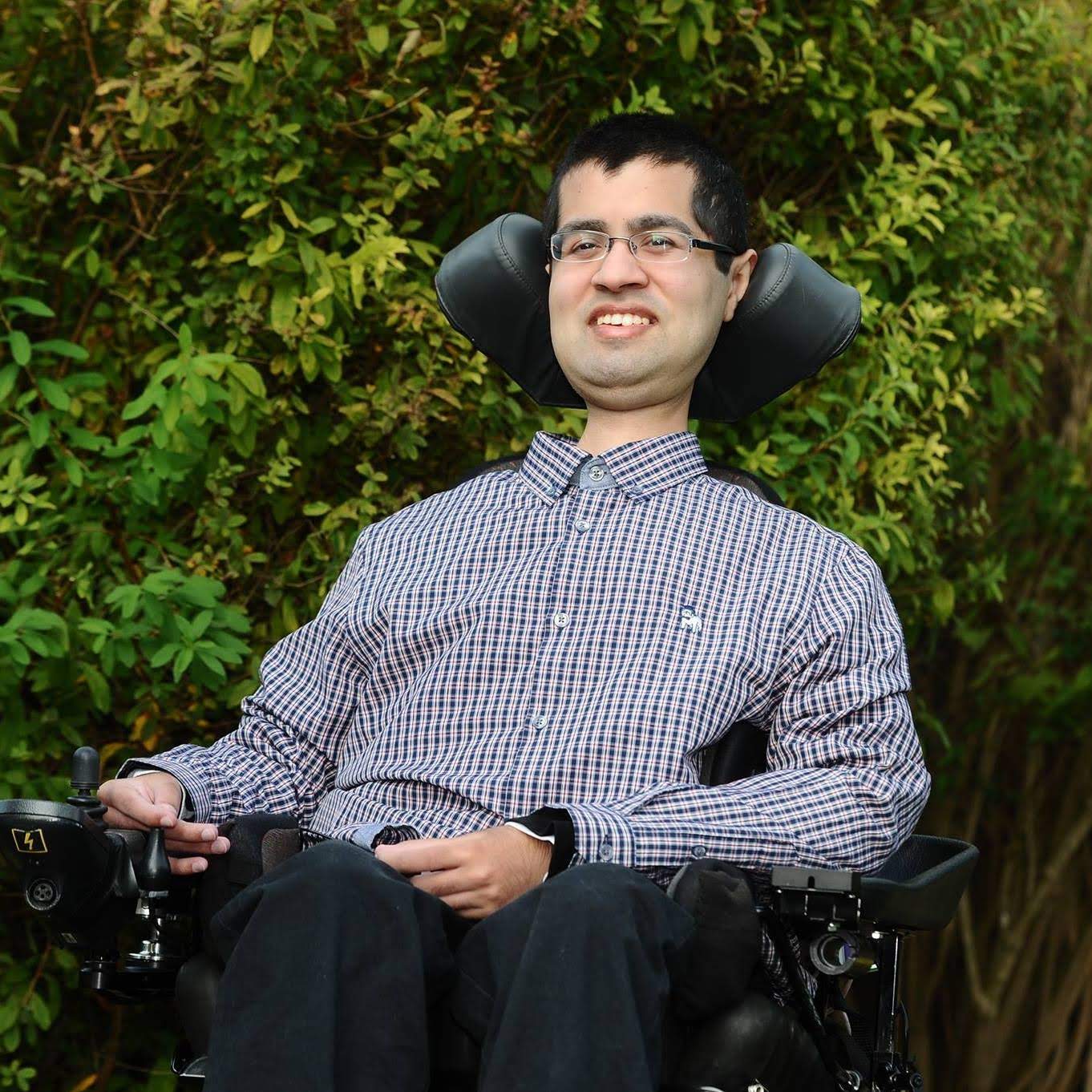 30 With DMD: Finding My Life’s Purpose 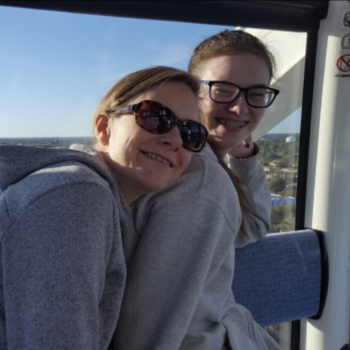 Mental Health in Duchenne as a Caretaker

How to Create a Facebook Fundraiser for Cure Rare Disease