My Child in Disguise 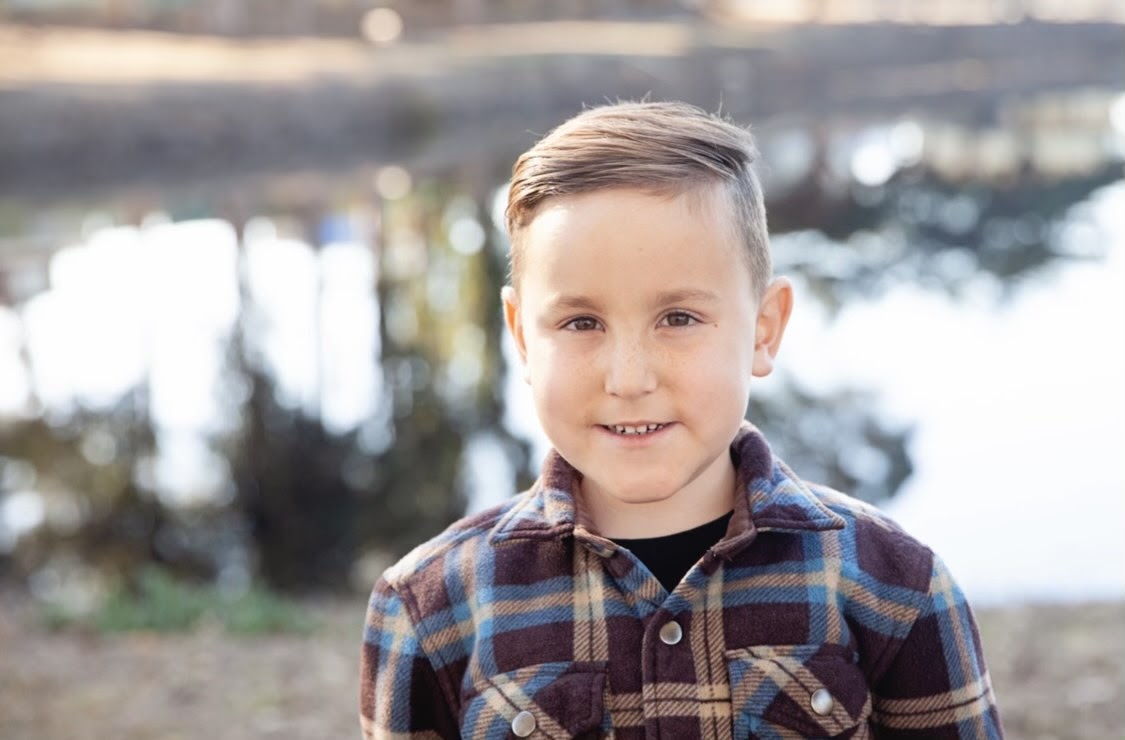 Our family was born in a beach town and the majority of our lives have played out at the shore break. Today was much of the same, another weekend at The Hook, where my nine-year-old son was out surfing. Meanwhile, my sweet seven-year-old stayed back on shore, he and Duchenne doing what they do best, adapting.

I snapped so many pictures today, the sun was out and the sky was crystal clear. The waves were silent because there was no wind. It was dreamy. If I closed my eyes, I could almost imagine what I would see when they opened in a perfect world. Duchenne is a thief, and now it is robbing our son of his appearance.

You see, steroids are often prescribed as the standard of care for Duchenne and even though there are marked benefits of these drugs, there are also very real negative effects that are often swept under the carpet in our rare disease community. Today, the one tugging on my heartstrings was my son’s swollen face. If I closed my eyes and tried hard enough I could almost see his “old face,” but the balloon that now circled it was too real to wish away. His once soft-skinned back was now covered in dark hair, and even though he never had a light temperament, his personality was changing. You could almost feel the constant pull of his emotions as if he himself knows he is losing control.

It’s so interesting that so much talk at the doctor‘s office is centered around taking this medication, while almost zero energy or time is placed on the negative effects; and those that play out with your child are just the tip of the iceberg. For parents, it is yet another loss, another thing taken from them. And for their child, it is so much more. If it weren’t for the parents who are walking this journey with us, we wouldn’t have anyone who understands this additional layer of grief. The grief of losing the physical appearance of your son at such a young age.

You may be wondering, if steroids can cause these side effects why would you give them to your child?

Because there is also so much good that can be received from taking steroids. It is important to point out that while all of these side effects are common, they are not present in 100% of the cases. Often, there are cases reported with no adverse effects.

Before we made the decision to start Joaquin on a daily dose he was falling every single day, multiple times a day. Some days he may trip over something but most days he just collapsed where he was. It was heartbreaking and I felt paralyzed every time it happened. We couldn’t prevent it, even when we hovered over him constantly.

The biggest positive of steroids for us was that it opened a door, a huge important door for Joaquin. Many clinical trials, namely gene therapy can only be considered if the patient is on a regular dose of steroids. The latter is what made our decision quite clear. We will deal with all the other stuff if steroids can keep that light at the ends of the tunnel shining.

Today as I returned home, I worked my way through the pictures I had taken. I felt immediate shock, sadness, and anger as I deleted every single one. This is surely not the beautiful baby boy I gave birth to, it couldn’t be.

As many parents in the rare disease community do, I went to a safe spot and let my emotions go. It’s important for us to feel it, to experience it, and to move through these emotions. As is often the case, when I process my emotions I can once again think with a clearer head.

I retrieved those pictures I deleted because I am acutely aware that even though my son may not look the same on the outside, and he may struggle with his emotions, he is still absolutely the courageous warrior I gave birth to. The beautiful boy I can’t stop looking at. The beautiful boy I can’t get enough time with. I will always want for all things Joaquin. He is my warrior child and I am following his lead.

Mental Health in Duchenne as a Caretaker

How to Create a Facebook Fundraiser for Cure Rare Disease