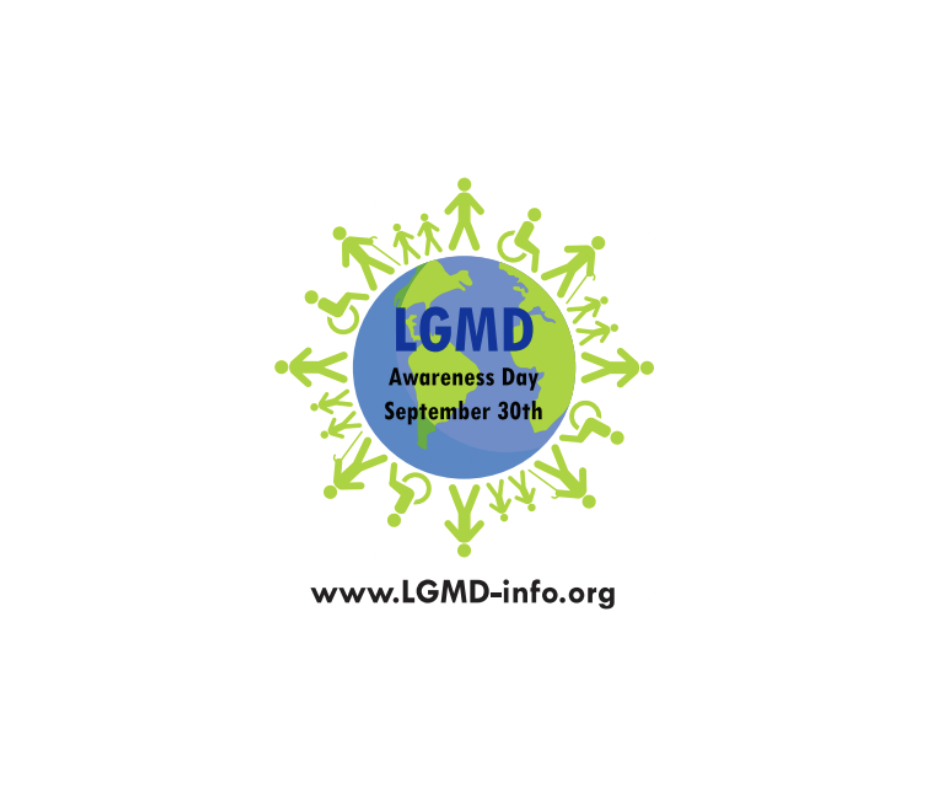 September 30 is Limb Girdle Muscular Dystrophy (LGMD) Awareness Day. Cure Rare Disease is currently developing therapeutics to treat 3 subtypes of LGMD: 2b, 2g, and 2i. Read below to learn more about the day and for a progress update on CRD’s LGMD therapeutics.

Limb girdle muscular dystrophy (LGMD) refers to a group of disorders that result in muscle weakness, primarily in the hip and shoulder areas. The goal of LGMD Awareness Day is to  raise more awareness surrounding this group of diseases.

Among all of the subtypes of LGMD, the proximal muscles, which are muscles close to the center of your body, are most commonly affected.This includes the shoulder, pelvis, and the upper portions of the arms and legs. However, each subtype can have a different level of symptom severity or age of onset, among other defining characteristics. The limb-girdle muscular dystrophies can be classified as type 1, meaning they have an autosomal dominant inheritance pattern, or type 2, meaning they have an autosomal recessive inheritance pattern. The letters correspond with a specific genetic mutation.

Limb-girdle muscular dystrophy type 2b (LGMD2b) is caused by a mutation in the DYSF gene, which codes for a protein called dysferlin. Dysferlin is found in the sarcolemma, a membrane that surrounds muscle fibers in the body. The protein helps repair the sarcolemma and may also play roles in inflammation and in forming new muscle fibers. It has a prevalence of about 7.4/1,000,000.

Limb-girdle muscular dystrophy type 2g (LGMD2g) is caused by a mutation in the TCAP gene. The gene codes for telethonin, a protein that helps to regulate the assembly of muscle cells. LGMD2g has an estimated prevalence of 0.040/1,000,000.

Limb-girdle muscular dystrophy type 2i (LGMD2i) results from mutations in the FKRP gene. This gene carries the code for fukutin-related protein, which is found throughout the body but especially in the brain, heart muscles, and skeletal muscles. FKRP helps add sugars to alpha-dystroglycan, which is a protein that protects muscles during the cycle of contraction and relaxation and helps move nerve cells in the brain during early stages of development. Due to the mutation, the FKRP protein cannot add the sugars, so alpha-dystroglycan does not function properly. This disease has a prevalence of around 4.48/1,000,000.