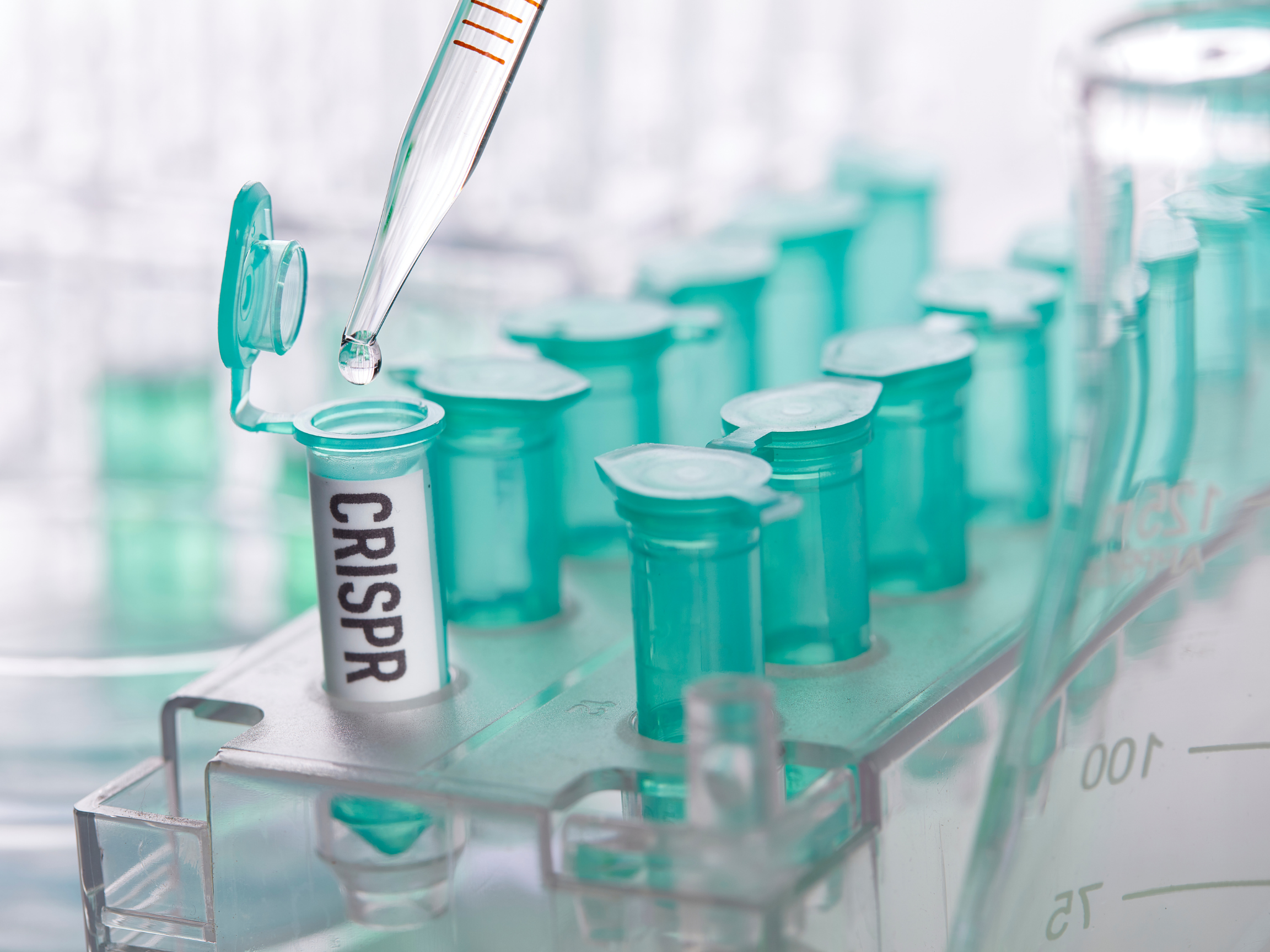 Today, in scientific news, we commonly see CRISPR in the headlines. Whether that is it being used by researchers in various trials, by scientists to cure a genetic disease, or even creating drought-resistant crops, it has a range of real-world applications.

To put it simply, CRISPR is a powerful tool for editing genomes, by allowing individuals to alter DNA sequences. In other words, think of a box of oranges. If one is rotten, you will remove it so it does not spread to the other oranges. So, in CRISPR, researchers will remove the defective gene to stop problems that the gene causes in the body.

What? Conducted by Editas, CRISPR is used to fix a rare genetic defect called Leber Congenital Amaurosis Type 10 in the retina, which causes progressive deterioration in vision.

How? Researchers edit the mutated gene, CEP290,  hoping to repair the photoreceptors' function, and restore vision to the patient.

What? CRISPR is used to edit cells to produce fetal hemoglobin which is a special protein that will alleviate sickle cell symptoms.

How? Doctors infused these modified cells into the patient's body. Today, doctors have treated 45 patients with sickle cell.

What? In Transthyretin Amyloidosis, TTR protein molecules fold into the wrong shape and clump together thus creating fibers that interfere with organ function. There are more than 100 mutations linked to this condition, and CRISPR is used to combat it.

How? The DNA-cutting enzyme (Cas9) and the guide RNA direct the enzyme to the right place. The special packaging allows them to avoid degradation and be delivered to the proper site of the body.

What? A mutated form of the gene encoding ß-globin, or the damaged form of hemoglobin is present in the body, and CRISPR is used to treat it.

How? Similar to the Sickle Cell case, blood stem cells are removed from the marrow, and they are modified to reinfuse into the patients.

What? A rare protein-folding disease, Hereditary Transthyretin Amyloidosis, or hATTR is a disease where there are mutations in a single DNA letter in the gene TTR. This is due to the protein folding the wrong way.

How? With CRISPR, scientists reduce the amount of faulty TTR protein that is produced by the body which leads to less formation and accumulation of the protein clumps.

In the future, we expect to see large advancements in CRISPR and even see the rise of novel, revolutionary gene editing technologies. Right now, science is evolving. We use CRISPR to treat Duchenne - it can be used to restore the ability of the DMD gene to produce dystrophin.

Cure Rare Disease is developing custom therapeutics that are unique to the individuals they are meant to treat by using the power of CRISPR to target each patient’s unique genetic error. We’re simply putting them together, today. Because every day counts for patients who are waiting.