Learn about disabilities through movies and TV shows 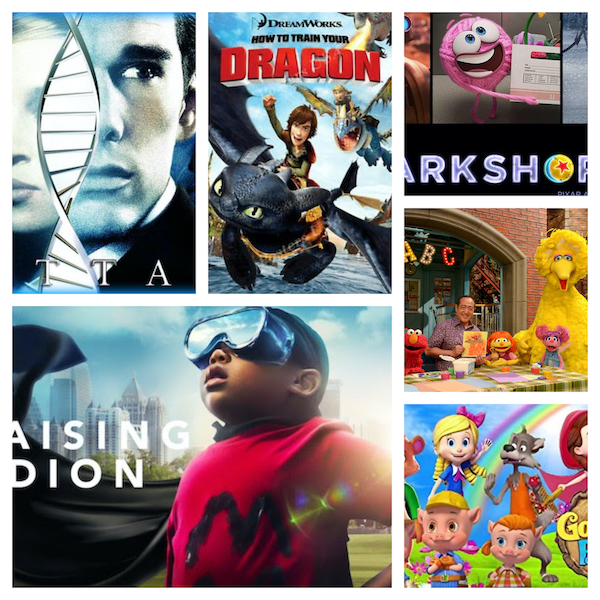 In the media, people with disabilities often aren’t featured as main characters, if they are included at all, so we wanted to share some kid-friendly shows and movies to help teach kids about acceptance and inclusion. Representation in movies and TV shows is important because it shows people, especially younger kids, that not everyone will look or act the same way and that it is important to be accepting no matter what.

1. Raising Dion: A TV show about a boy who finds out he has superpowers that premiered on Netflix in 2019 and features a girl named Esperanza in a wheelchair. The actress who plays Esperanza actually has a rare disease - she was born with osteogenesis imperfecta. Common Sense Media says it’s appropriate for ages 11+. Available on Netflix.

2. Sesame Street: One of the characters, Julia, has autism, and the show explains what autism is and shows her being accepted by the other children. Common Sense Media says it is appropriate for ages 2+. Available on HBO Max and select seasons/episodes are available on Amazon. Julia first appears in season 47.

3. Goldie and Bear: A Disney Jr. show about what happened after Goldilocks and the Three Bears ended that includes a character (Goldie’s mom) uses a wheelchair. Common Sense Media says it’s appropriate for ages 4+. Available on Disney+.

4. Pixar’s SparkShorts: A series of Pixar shorts that have themes of acceptance, friendship, and being ‘different.’ Most of them can be applied in a disability context, but some notable ones are Float, Purl, and Bao. Common Sense Media recommends the shorts for ages 9+. Available on Disney+ and YouTube.

5. How to Train Your Dragon: Hiccup and Toothless show the audience that being different doesn’t make you any less able to accomplish things. Common Sense Media says it is appropriate for ages 7+. Available on Amazon.

6. Gattaca: A sci-fi film that deals with ableism and discrimination, featuring a man with a visual impairment and a heart condition living in a world that utilizes genetic engineering to choose the ‘best’ child to be born. Common Sense Media recommends this film for ages 14+, however reading the reviews and information on the site can help you decide if this movie is appropriate for your child. Available on Amazon.

Learn about disabilities through movies and TV shows

The precious gift of a rare disease diagnosis

How We Adapt Summer Fun For Our Son Living With Duchenne