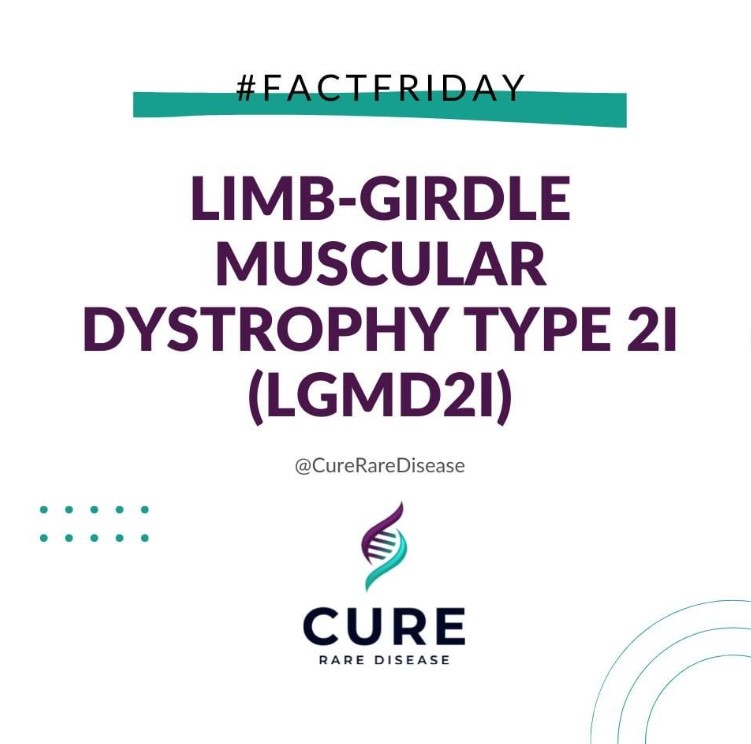 This #FactFriday, we’re covering Limb-girdle muscular dystrophy type 2I (LGMD2I) - a genetic disease caused by mutations in the FKRP gene that is found throughout the body, and especially in the brain, heart & skeletal muscles. CRD is developing a gene-replacement therapy to treat the condition.

What is LGMD2I? LGMD2I is caused by mutations in the FKRP gene. This gene codes for a protein called fukutin-related protein. It is found throughout the body, especially in the brain, heart muscles, and skeletal muscles. FKRP aids in adding sugars to a protein called alpha-dystroglycan, which protects muscle fibers and helps move nerve cells in the brain during the early stages of development.

How is LGMD2I acquired? LGMD2I is a genetic disorder, meaning it is inherited. The abnormal gene, FKRP, is passed down by family members who carry the mutation. The disease is autosomal recessive, which means an individual must inherit two copies of the mutated gene (one from each parent) to inherit the disorder. It is one of the more common forms of limb-girdle muscular dystrophy, particularly in Northern Europe.

What are some of the symptoms of LGMD2I? Symptoms include weakness in muscles close to the body (upper arms and thighs), which can cause difficulty walking. Calf hypertrophy (enlargement of the calf muscles), dilated cardiomyopathy (stretching of the heart chambers), and respiratory difficulties are also seen. The average age of onset of symptoms is 11.5 years, and people with LGMD2I generally rely on a wheelchair 23 to 26 years after the first symptoms present.

What is CRD doing to help LGMD2I? CRD is developing a gene-replacement therapy to treat the condition.

What is CRISPR-mediated Exon Skipping?

What are Antisense Oligonucleotides (ASOs)?