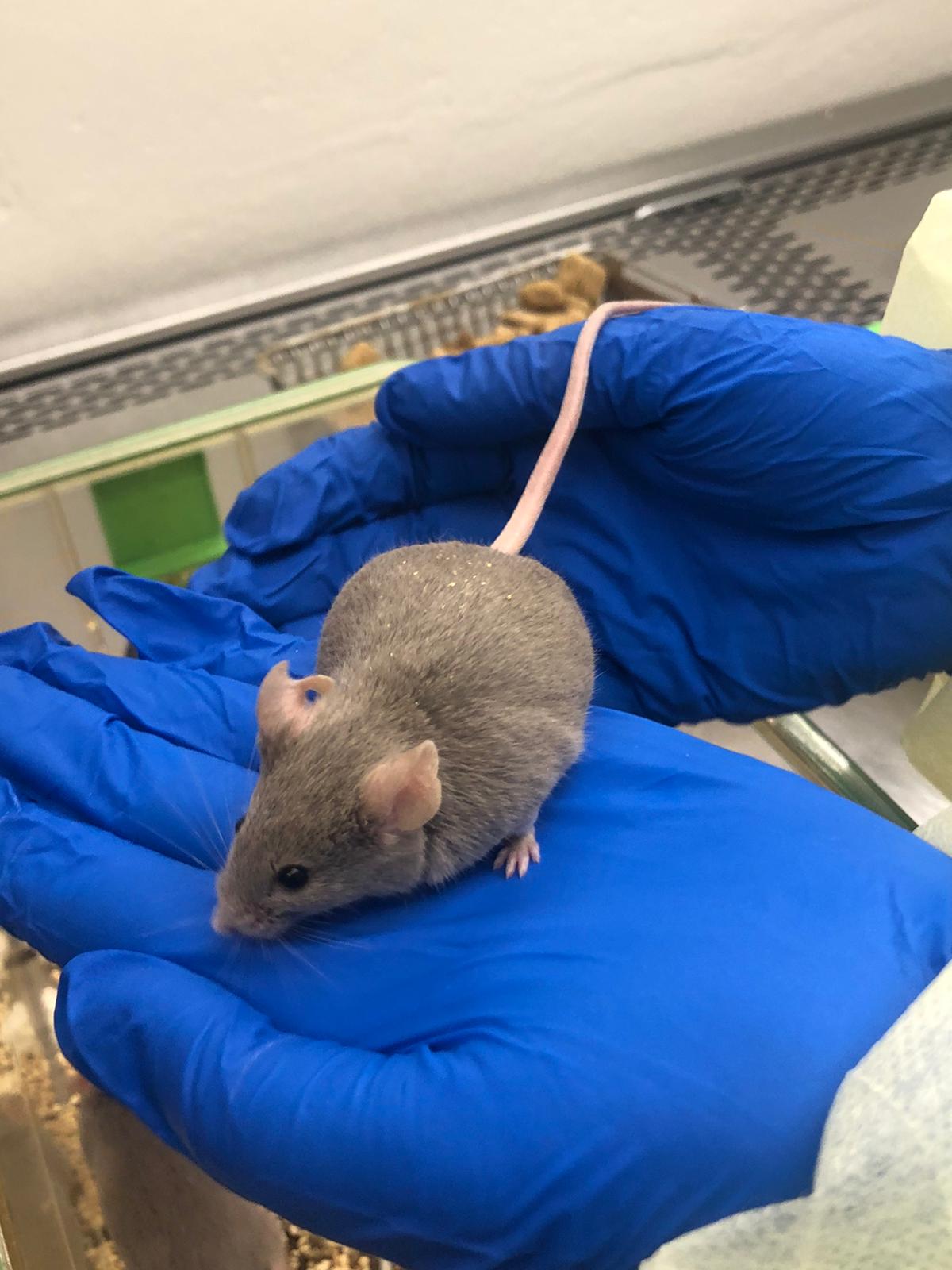 Cure Rare Disease, in partnership with Charles River Laboratories, has successfully created 3 mouse models that harbor the humanized form of the dystrophin gene. Each model has a mutation that causes Duchenne muscular dystrophy that CRD is currently working to treat, meaning they can be utilized for critical in vivo studies to test the safety and efficacy of mutation-specific gene editing therapeutics. The success of this project paves the way for future therapeutics to be developed to treat rare and ultra-rare genetic disorders.

In 2007, the Nobel Prize in physiology or medicine was awarded to Dr. Mario R. Capecchi, Dr. Martin J. Evans, and Dr. Oliver Smithies. They succeeded in using embryonic stem cells to produce mouse models with specific gene mutations. They utilized a process called homologous recombination, in which portions of DNA are exchanged; this allowed them to generate specific mutations within the mice’s genome.

What sets CRD’s mice apart from this traditional method

To produce CRD’s mice, which contain the humanized, not murine, version of the dystrophin gene, embryonic stem cells containing humanized dystrophin were obtained from The Aartsma-Rus Lab at Leiden University Medical Center. Dr. Monkol Lek of the Lek Lab at Yale University and Sander Pajusalu, a postdoctoral associate in Dr. Lek’s lab, then sequenced the resulting cell lines. They discovered that the cells contained 2 tail-to-tail copies of the dystrophin gene. This poses a challenge when it comes to genome editing because it makes it more difficult to predict what will happen when the DNA is cut using the CRISPR-Cas9 system.

Next, MIRIMUS took these embryonic stem cells and modified them using CRISPR-based gene editing. The 3 mutations produced were exon 1 deletion, exon 46-51 deletion, and exon 57-59 deletion, respectively. The mice containing each of these mutations were then bred with what are known as knockout mice. For the purposes of this work, the knockout mice had an inactive form of the dystrophin gene.

Where we are now

Each model takes upwards of 2 years and tens of thousands of dollars to produce. These numbers only go up as the complexity of the project increases. Today, all 3 of the models are in the F1 ,or first filial, generation, meaning the generation following the breeding of the original mutated mice with the knockout mice.

This success is also representative of Charles River’s longstanding commitment to rare and ultra-rare diseases. A notable example is Milasen, a drug produced to treat a single patient with Batten disease which Charles River played a role in developing.

These efforts provide a framework for the future of developing humanized models for specific genetic mutations. The method used to produce these 3 models has the potential to be expanded beyond Duchenne muscular dystrophy to help work towards a treatment for a wide range of genetic disorders that currently have no cure.