Cure Rare Disease™ is developing custom therapeutics that are as unique to the individuals they are meant to treat. Our mission is to offer effective, life-saving treatments developed through collaborations with world-renowned researchers and clinicians, and in partnership with our generous donors. Our customized therapeutics are designed specifically for the men and women who continue to fight for their right to live long, full, healthy lives despite having been diagnosed with a rare genetic disorder for which they’ve been told there is no treatment or cure. 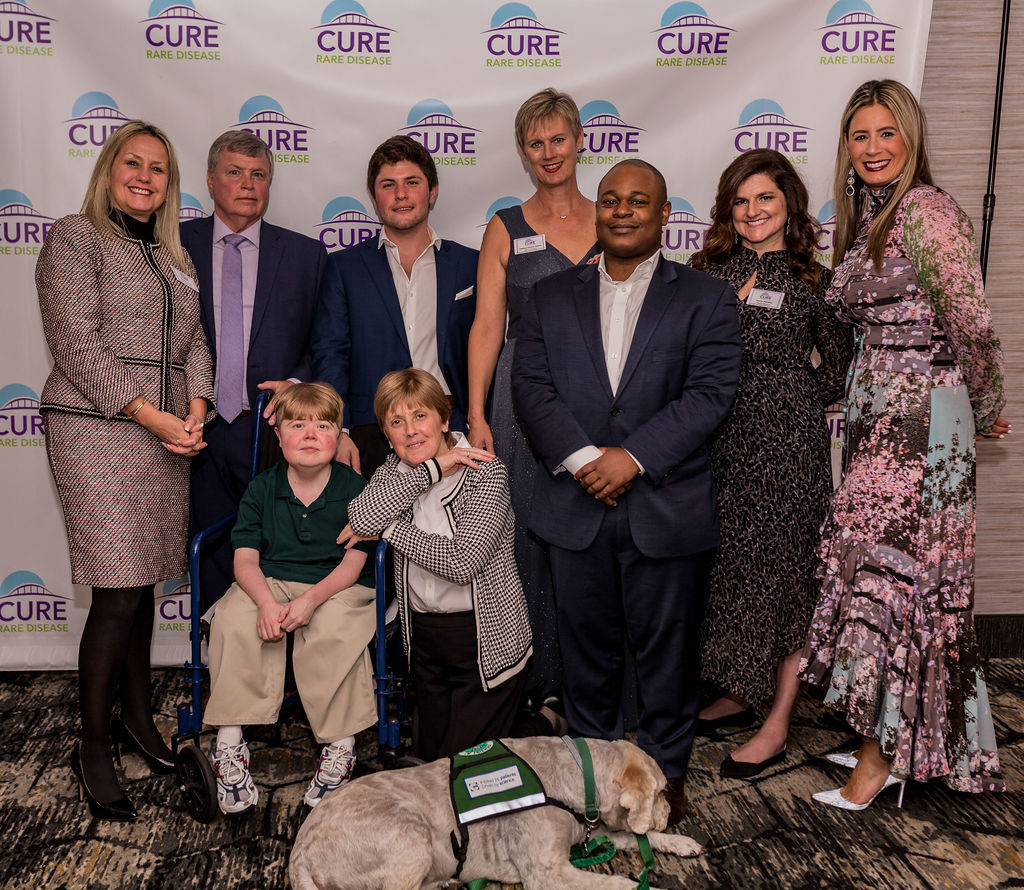 THE STORY OF CURE RARE DISEASE

I used to hold my breath every time I saw it was my mom calling.

I’m not sure if that pit in your stomach feeling is “normal” for others or not, I just know that whenever I was away from home, there was very little I could do to keep it at bay.

My family and I are close.

We know that when push comes to shove we’re all each other have got, and that means we take care of each other—no matter what.

Growing up, when something went wrong at my parent’s convenience store, we were there until late sorting it out. Later when they decided to expand and open a carwash, we knew it would be up to us to figure out any issues the machines might have, fix them up and get things back in working order. The time those machines spent offline was money that wasn’t coming through the door putting my family at risk.

It was a big responsibility, but we knew that as long as we tackled our problems together nothing could hold us back.

My family has each other’s backs. We figure things out, and we always keep moving forward.

It was no different when it came to my brother Terry. My parents, grandparents, and great-grandparents were all too familiar with Duchenne muscular dystrophy. By the time Terry was diagnosed, they’d already watched as their sons, brothers, and uncles lost their mobility—and eventually their lives—to this rare disease.

Time was ticking away for my brother, but back then, all I knew was that my brother was sick and that we traveled pretty regularly to see doctors. A lot of doctors.

“My parents, grandparents, and great-grandparents were all too familiar with Duchenne Muscular Dystrophy. By the time Terry was diagnosed, they’d already watched as their sons, brothers, and uncles lost their mobility—and eventually their lives—to this rare disease.”

The older I got the more I understood what “sick” actually meant and the sense of urgency my parents had around getting my brother seen by as many doctors and specialists as they could.

For Terry, sick didn’t mean a runny nose, antibiotics, or missing school here and there.

It meant walking into a movie theater only to get stuck at the steps leading to our seats because he could no longer lift his leg on his own because of a progressive disease.

The panicked look that washed across both my father and brother’s faces that day is something I will never forget, even after 15 years.

It was one of those moments when things went from being okay to terribly not okay within seconds.

Kind of like the day my mom called and said: “Terry’s fallen again.”

Falls weren’t uncommon for my brother but with every fall the chances of him not being able to walk again increased dramatically.

I was far from home and felt completely helpless. My family needed me, but I found myself having just started business school and months away from being able to be home with them.

Terry’s time, independence, and mobility were continuing to slip away with no ability to fight back. The feeling of hopelessness became a never-ending theme in my life and the lives of my family.

A family impacted by rare disease only has two options: fight or stand idly by. Standing by wasn’t an option. So, I did what I could do in the place where I was. Fortunately for me, the place where I happened to be was Harvard Business School.

I decided to start thinking bigger. My parents had spent years and hundreds of thousands of dollars doing everything they could to help my brother by giving him the best chance at a normal life that someone with Duchenne’s could possibly hope for, but it was my turn now to strike back.

With no drug or drug trial available to help and with precious time continuing to run out, I set out to find a cure for Terry.

I shot off hundreds of emails to researchers, lab owners, chemists, biologists, and doctors. Anyone I thought might be able to help my brother got an email from me explaining my brother’s situation, the urgency I felt, and the mission I’d set off on to find a cure for him. 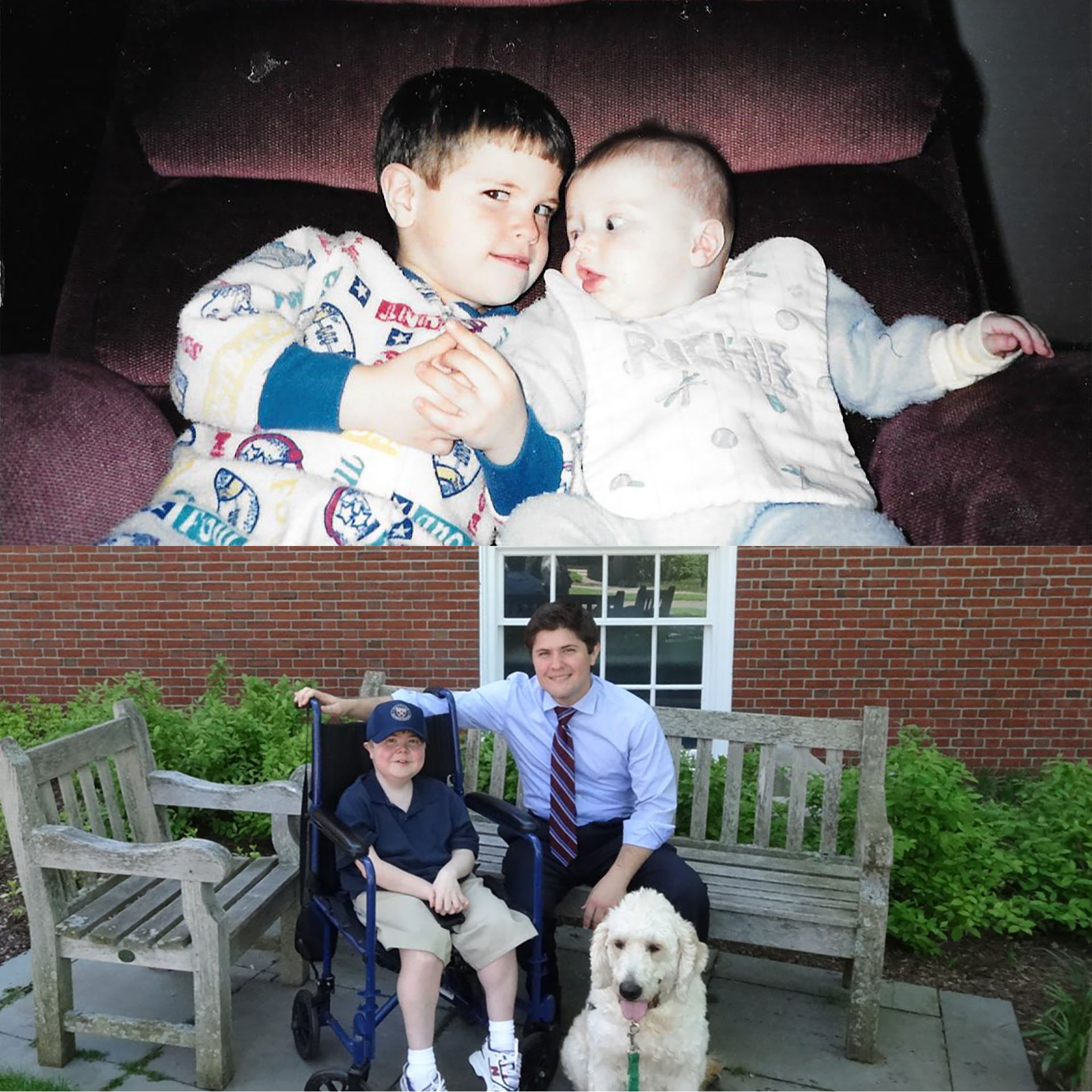 As I repeatedly hit send, I held my breath—just like when my mom would call. Except this time, it wasn’t fear I was feeling… this time it was determination. I was hopeful that my school’s name would be enough to get the attention and help of even one of the people I’d reached out to.

What happened over the next 12 months was a blur–an organization was established with an unprecedented collaboration of the world’s leading researchers passionately embarking on a journey to stop a disease that has never had a survivor.

After thousands of hours, hundreds of phone calls, and tens of thousands of dollars, I got the call one sunny afternoon in spring 2019, that my brother’s cells had been fully corrected in a petri dish.

That meant our research collaboration had created not only a scientific and medical breakthrough, but we had created hope–for my family, and the thousands of families worldwide, who are done sitting back with their hands tied, unable to do anything as their loved ones lose their mobility and their lives to these rare diseases.

I set out to find a cure to save my brother Terry. Through the power of customized therapeutics, I now see that my team and I are able to impact the lives of patients today, so they too, can live to see tomorrow. 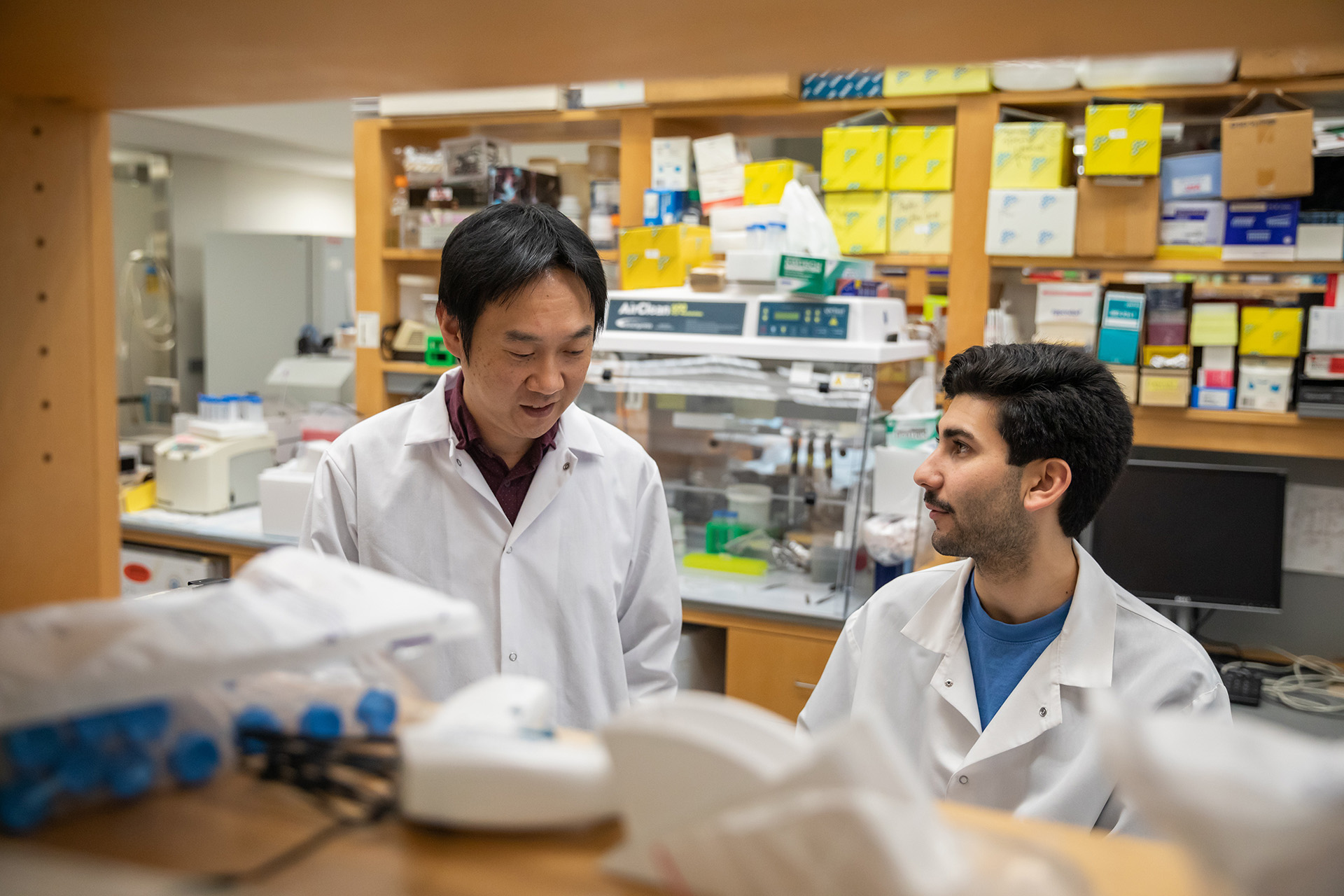 They are wrong. We can, and will, win together.

The fear of disease is something no person or family should have to live with. I hope you’ll join us on this journey to end rare disease so that no family has to hear those dreaded words from a doctor, “There’s nothing you can do, go home and love him.”